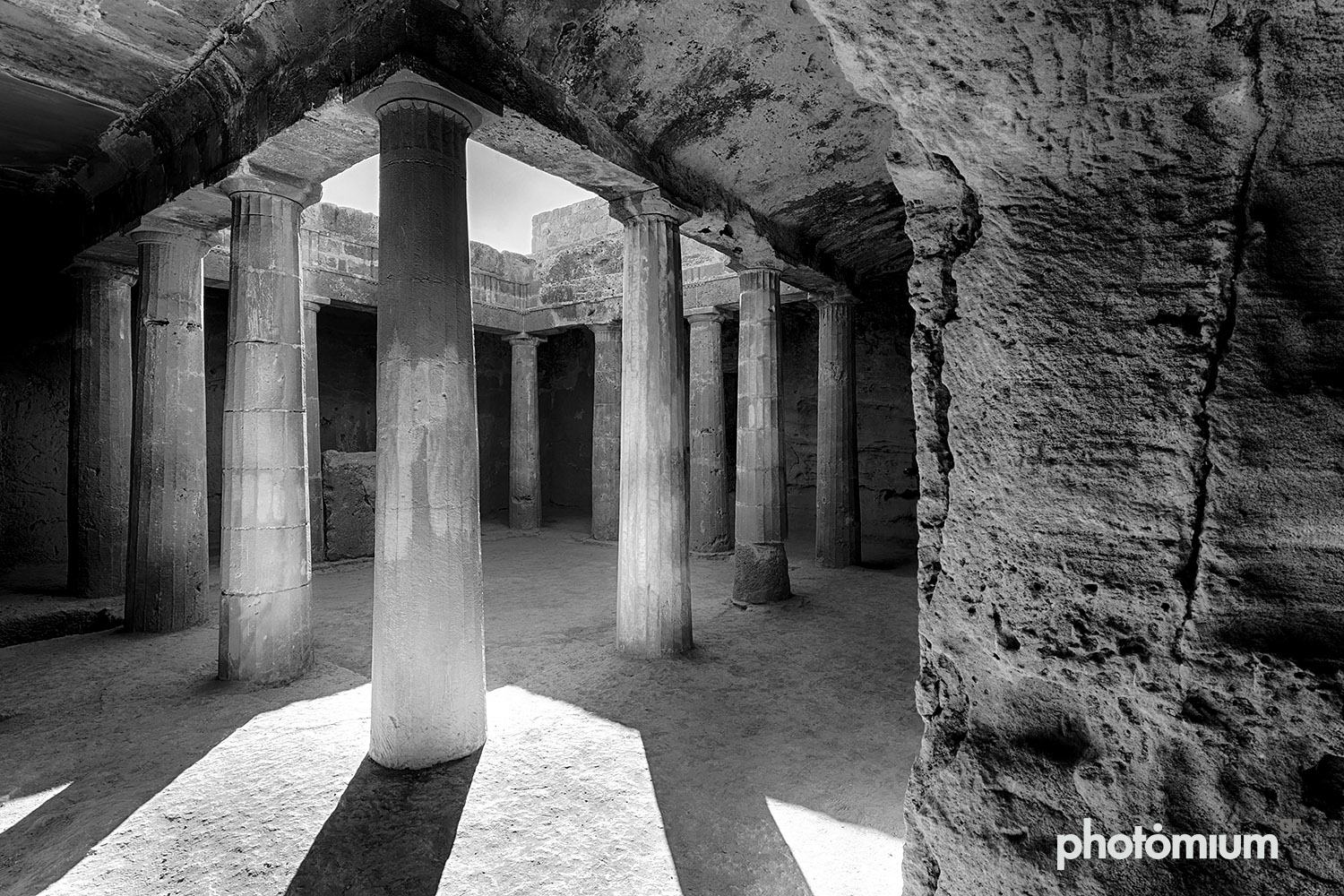 “A tomb now suffices him for whom the whole world was not sufficient.”  –  Alexander the Great

The Tombs of the Kings is a large necropolis lying about two kilometres west of Paphos harbour in Cyprus. It is a UNESCO World Heritage Site. The underground tombs, many of which date back to the 4th century BC, are carved out of solid rock, and are thought to have been the burial sites of Paphitic aristocrats and high officials up to the third century AD.